Contentious probate disputes come at a difficult time and whether you’re an executor, a beneficiary or a disappointed beneficiary, arguments concerning how an Estate should be distributed must be handled with tact and sensitivity. We will listen to your position, consider any countering claims and use our expertise to guide you towards a resolution quickly and efficiently.

What is a Contentious Probate dispute?

These are disputes surrounding the circumstances relating to preparation of a Will, the administration of the Deceased’s Estate or the distribution of their assets.

It can include examining the validity of the Will or the conduct of the Executors/Administrators of the Estate. Where there is no Will (which is known as an intestacy), disputes often arise in respect of the automatic rules they will apply to the distribution of the Deceased’s Estate. An intestacy can result in a very different outcome to what the Deceased would have wanted, which underlines the importance of making a Will.

The Inheritance (Provision for Family and Dependants) Act 1975 (known as the 1975 Act) also acts as a route for anyone entitled to raise a claim for financial provision against the Estate, provided they fall within a class of applicant permitted by it and within prescribed time limits.

How would I challenge a Will?

There is a distinction between (1) a claim regarding the validity of a Will and (2) a claim for financial provision against the Estate.

There are numerous potential routes of challenge to the validity of a Will. These include:

Some claims will involve two or more these challenges as overlaps between them can arise depending on which challenge is raised.

It will be up to those who wish to prove the Will is valid to assert before a Court that is the case, except where undue influence, fraud or forgery are alleged. In those instances, it is for the challenger to prove those grounds exist to set aside the Will.

For 1975 Act matters, this is a claim for reasonable financial provision.

This means the applicant is alleging the distribution of the Estate - either by the terms of the Will or intestacy - do not provide enough, if anything, to the applicant.

1975 Act claims are often raised as an alternative where there is no question concerning the validity of the Will.

Who can challenge the validity of a Will?

Broadly speaking, it will usually be family members of the Deceased or any other party (including charities and friends) specifically mentioned in the Will or a revoked Will that wish to question its validity or effects.

Who can make a financial provision claim under the 1975 Act?

Any claim under the 1975 Act is largely dictated by its own unique circumstances. There are a range of factors set out in the 1975 Act to always take into account, but whether the claim succeeds is purely down to the finances and the family dynamics of the applicant and/or the beneficiaries. There is a tight timetable to make the claim as set out below.

Claims under the 1975 Act can only be made against a Deceased who was domiciled in England or Wales.

How do I contest a Will or make a financial provision claim?

It is initially necessary to assess the merits of a potential claim to understand if it would be worthwhile and/or cost effective.

Claims of this nature should only be undertaken by solicitors specialising in contentious probate matters and ideally they will be members of ACTAPS - The Association of Contentious Trust and Probate Specialists.

Any potential applicant must be aware of strict time limits, particularly in relation to the 1975 Act. Although there are circumstances which allow claims under the 1975 Act to be brought late, generally speaking such claims must be made within 6 months of the date of the Grant of Probate. Until a Grant has been obtained, the stopwatch has not started. It is always best to aim to commence the claim within this six month time limit, unless a standstill agreement can be reached to allow the parties to negotiate.

If the claim relates the validity of the Will, it is generally better to address this sooner than later as memories of important witnesses will fade over time.

Will I end up in Court if I am making or facing a Contentious Probate claim?

Not necessarily. Unless the dispute can be resolved by negotiation, Court proceedings will be the inevitable route to disposing of the claim. But most claims of this nature are very suitable to be resolved without a Court hearing, either by direct negotiation or mediation. It is always important to keep an open mind to try and resolve matters without expensive and sometimes risky Court proceedings where the general rules is the loser pays.

However, if the claim involves a child or a person under a disability either as a claimant or beneficiary, proceedings will be necessary as the Court must always ratify any settlement.

What steps do I take if I believe a Will is invalid?

Taking prompt action is imperative as there can be a danger the Estate will be distributed promptly and this makes it harder to claw back the assets from the beneficiaries.

It is far better to preserve the position and this can be done by filing a Caveat. This is a notice filed at Probate Registry preventing the Grant of Probate from being issued, which in turn prevents the Executor or Administrator distributing the Estate. What follows this process is quite complicated but it initially buys the Caveator some time to make further investigations and representations as to their position.

It must also be borne in mind whether a Caveat will assist the Caveator in any event, as there are circumstances where it will not.

But it is still possible to make a claim even if the Estate has been distributed.

What about claims to remove an Executor/Administrator?

The Executor’s primary role is to collect in the assets of the Estate, pay any liabilities and inheritance tax if applicable and then distribute the balance in accordance with the terms of the Will. The Administrator has the same job save that the Estate is distributed to the beneficiaries under an intestacy.

In some instances, the Executor/Administrator may fail to fulfil their roll adequately or quickly enough. In those circumstances, it is open to the beneficiaries to apply to Court to have them removed or replaced but only if there is sufficient merit in making such a claim.

Are there any other types of contentious probate claims?

The most common form of alternative claim is Proprietary Estoppel. This oddly sounding concept effectively relates to broken promises.

Such claims often arise in the context of an agricultural background (but not always), namely where a landowner promises their child that “one day all this will be yours” or words along those lines.

That child then works long hours for low pay over many years only to learn their parent has executed a Will which leaves it to other beneficiaries (or allows an intestacy to take place) such as their spouse or children equally.

These claims have four elements:

Once again, specialist advice should always be obtained if one is considering or facing a Proprietary Estoppel claim. 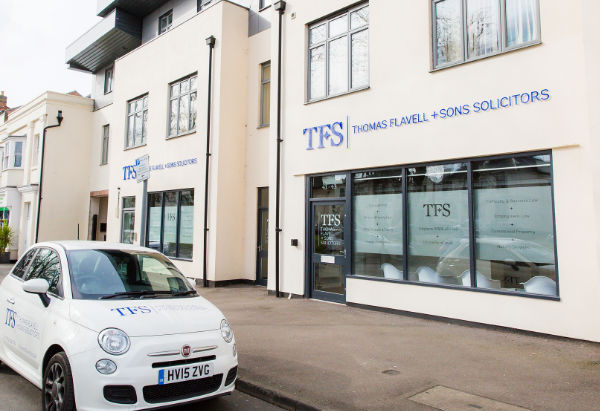 TFS employs experienced and personable professionals who will help you promptly and efficiently in whichever legal services you require. You are welcome to read a full biography for each member of our team and view their direct contact details.

Meet the TFS Team
Quote Me!
From the Blog

Another Will challenge has recently hit the headlines, Clitheroe v Bond (2021). The judge in the case of Banks v Goodfellow (1870) perhaps didn’t anticipate how their words would be repeated in Courts and legal textbooks over the next 150 years.

Read Article
From the Blog

Claims for maintenance and reasonable financial provision are on the increase and there has been a marked change in the number of children now claiming against the Estate of a deceased parent.

Read Article
From the Blog