The Court of Appeal have clarified whether parties to a claim under the Inheritance (Provision for Family and Dependants) Act 1975 (“the 1975 Act”) can enter a standstill agreement, effectively agreeing between themselves to suspend time for the commencement of any claim for limitation purposes. The Court of Appeal also considered whether a spouse, who has been generously provided for on a discretionary basis, would face difficulties raising a claim as having no reasonable prospects of success.

Mary Cowan was the wife of Michael Cowan who passed away in April 2016. They married a matter of months before his death but had been in relationship since the early 1990s. Mr Cowan was a very successful businessman and was referred to having the ‘Midas touch’ during previous divorce proceedings. At the date of death his Estate was worth in the region of £29m.

Mr Cowan made a Will shortly before his death which included modest legacies to his children and personal possessions to Mrs Cowan. The remainder of his Estate comprised various beneficiaries including Mrs Cowan on a discretionary basis. He left her with access to hundreds of thousands of pounds in cash per annum and used his Will to set up a trust fund to meet her every reasonable need for the rest of her life. Mrs Cowan however made a claim under the 1975 Act because, despite a generous income, this left her with no assets in her own name and no control over her late husband's millions.

Under Section 4 of the 1975 Act, such claims must be commenced within 6 months of the date of the Grant of Probate unless the Court determines otherwise. Here, the Grant of Probate was issued on 16 December 2016, meaning any claim must ordinarily be commenced by 16 June 2017. Despite this and following unsuccessful negotiations with the trustees of Mr Cowan’s Estate, Mrs Cowan’s claim was not issued until 12 November 2018, some 17 months late. During this time and notwithstanding the six month deadline following the issue of the Grant of Probate had already passed, the parties had agreed the Estate would not take a limitation point on the late service of the claim.

There has been a great deal of judicial consideration around late applications in 1975 Act claims in recent years.

The starting point is re Salmon (1981), where the Court set out various factors when considering whether permission should be granted to allow late applications falling foul of Section 4 to proceed. This was also comprehensively addressed in re Berger (2013) which concerned a spouse claim which was six years late and where permission was refused. These factors include:

Justice Mostyn heard the claim at first instance and first considered the application to commence proceedings out of time. He declined to give permission for the late application to proceed and cited his concern about the widespread use of standstill agreements, which appeared to undermine the purpose of Section 4 of bringing claims swiftly to trial rather than allowing them to become stale and to avoid unnecessary delay in the administration of Estates. Justice Mostyn suggested standstill agreements should come to an immediate end because it was not for the parties to give away time that belonged to the Court.

He also found the trust set up for Mrs Cowan providing her with a generous income meant in his view, the claim did not have strong prospects of success at trial.

Mrs Cowan appealed Justice Mostyn’s decision and the Court of Appeal have now found in her favour.

It found Mrs Cowan could argue that reasonable financial provision had not been made for her as she did not have any security or direct interest in Mr Cowan’s Estate.

It also confirmed she can issue her claim out of time and that standstill agreements do still have a place in 1975 Act claims provided the parties properly advised and their terms clearly recorded in writing. The Court also found that each case should be considered on its own merits in analysing the reasons for the delay. For instance, In Bhusate v Patel (2019), the claimant was allowed to bring her claim under the 1975 Act some 25 years late(!), easily the longest period in recorded case law for late applications, reflecting the specific facts of that particular dispute. The Court of Appeal stated Section 4 was intended not to protect against the emergence of stale claims, but to protect the Personal Representatives of the Estate.

Accordingly, the Court is more concerned with the merit of a claim rather than the reasons for the late application. And it should be noted that even a short delay can be fatal if the merits of the claim are not sufficient or there is some other reason to decline permission to proceed. In re Hendry (2019), a spouse claimant was refused permission to proceed despite being only two months late because (1) there was a pre-nuptial agreement in place precluding her recovery in the event of divorce (which had taken place) and (2) she could pursue her solicitors for their failure to issue the 1975 Act claim in time.

If you require further information about 1975 Act claims or any contentious probate matter, please get in touch with Noel McNicholas on 01455 610747. 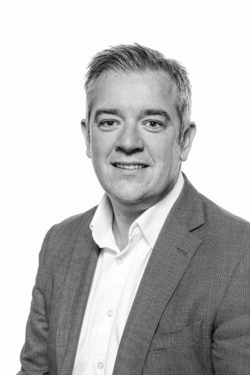