I have heard it said that when we buy either a car or a house, we actually visually inspect the car more than we would a house. This is quite shocking when you consider there will be a big difference in value. Some buyers see a property only once before Completion.

Churchill conducted some research and released some figures a few years ago which revealed:

A Survey is optional but it can offer a Buyer an opportunity to obtain some independent and impartial advice from a qualified professional. So, why do buyers proceed without one?

It could be that there is some confusion over the different terminology that is used in the Conveyancing and Mortgage process and they may believe that this is covered under something else but it’s not. There are important differences on some of that terminology to note:

This is very often mistaken as a Survey but it is NOT a Survey. If you are obtaining a mortgage to assist with your Purchase then you will have to have a Mortgage Valuation. This is compulsory for the Lender and is quite often something you pay for. This can be mistaken as a Survey but this is merely a Valuation and may not even be a physical inspection of the property. This could be a “desk top” or a “drive by” valuation and its sole purpose is for the Lender to decide whether it’s a good investment for them. You, as a buyer/borrower cannot rely upon this Report and the Valuer is not liable for anything that may have been missed. This is done strictly for the Lenders benefit and it is unlikely that you will even see this Report.

Your Conveyancer will carry out the usual searches on your behalf. They will include a Local Search of the Local Authority, a Drainage Report and an Environmental Report. Other Reports may be necessary depending upon the area such as a Coal Mining Report for example. It is really important to understand that the Searches are NOT physical inspections of the Property. They do NOT look at or examine the property in any physical sense, they are a search of records and data.

Is it perhaps the cost of a Survey which makes it less desirable? Buying a house can be one of the most significant financial investments you can make, it is a major investment! You could argue that by spending money in the early stages and having a Survey done it could potentially save you a fortune later on by discovering any issues with the property. If you have any worries about any part of the property or feel unsure about what condition the property is in then you should strongly consider obtaining advice from a qualified Surveyor. In England and Wales once you buy a property, you buy it as you see it. It is for the Buyer to discover any defects before any legal commitment.

Is it because you are unsure what type of Survey you should have? It can be confusing to decide on what type of Survey you should have and they all come at a different cost. There is however a Survey for every property. If this is the reason then I would advise you to speak to a qualified Surveyor to discuss your options as they will be able to give you some impartial advice and recommendations. You can then decide how to proceed based on the information given to you.

You may have read in a very popular newspaper at the weekend of a horror story. It happened in a different Country but the overall lesson remains relevant anywhere. A couple purchased an old “fixer-upper” (red flag here) and decided against having a Survey (first mistake made) as they knew it needed work. The seller had also been very “upfront” with them about the issues (second mistake made and also a red flag). The seller had told the buyers that there were bees living in the walls (another massive red flag?) but as it was winter the buyers never actually saw them. Once they had moved in, they discovered there was in fact 450,000 bees living inside their walls that experts estimated had been there for 35 years! After 8 months and about £8,000.00 later they admitted they should have perhaps paid for a Survey.

Something to consider perhaps when making a decision? We are always happy to help and offer assistance so please feel free to contact us to discuss options.

This article was written by Kelly Roberts. If you would like further information on the issues raised contact Kelly to discuss in more detail. 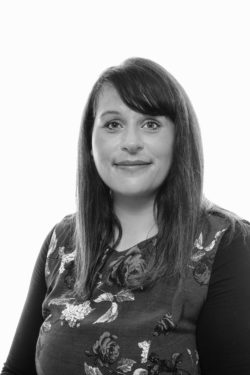